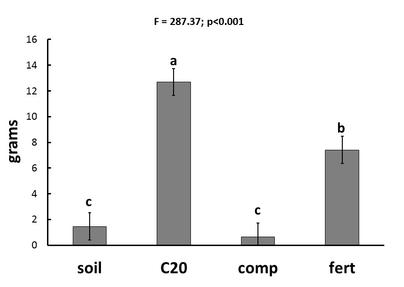 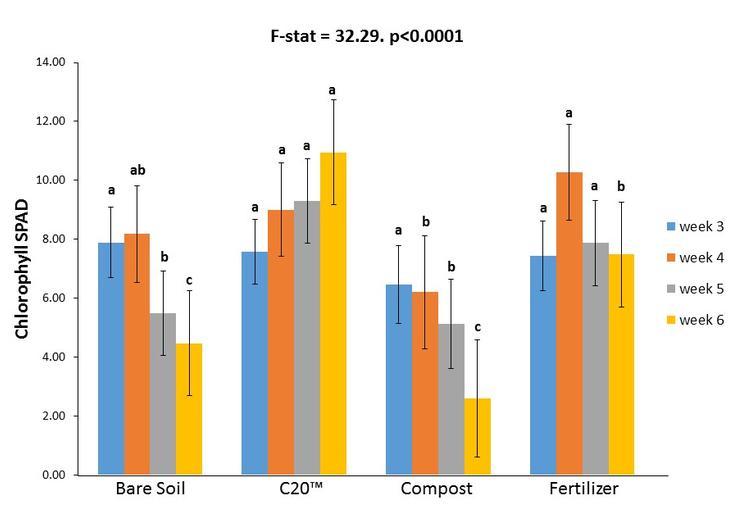 Impact of C20 on plant roots, chlorophyll content and growth

Figure 1. Wet mass measured after harvest at seven weeks.  Graph A is the total mass of primary roots.  Graph B  is above ground mass including foliage and stem tissues.

Figure 3.  Soils were examined for root abundance after harvest.

In the laboratory, plants treated with C20 had significantly more root and foliar growth than either compost or fertilized treatments (Fig. 1).  In treatments with C20, plant foliage contained more chlorophyll than any of the other treatments (Fig. 2).  Chlorophyll content increased throughout the study in plants growing in C20 treated soil; whereas all the other treatments had a drop off in chlorophyll content as the study progressed. This indicates that the effects of C20 on plant growth are not totally related to release of soil nutrients.  Upon examination of the soils, it is apparent that the soil restructuring provided by the activated soil microorganisms plays a major role in root proliferation and plant health (Fig. 3). 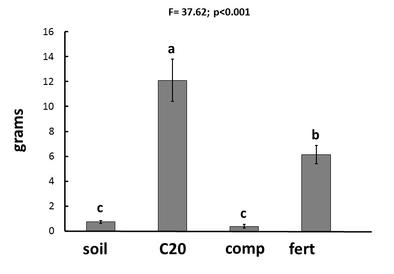 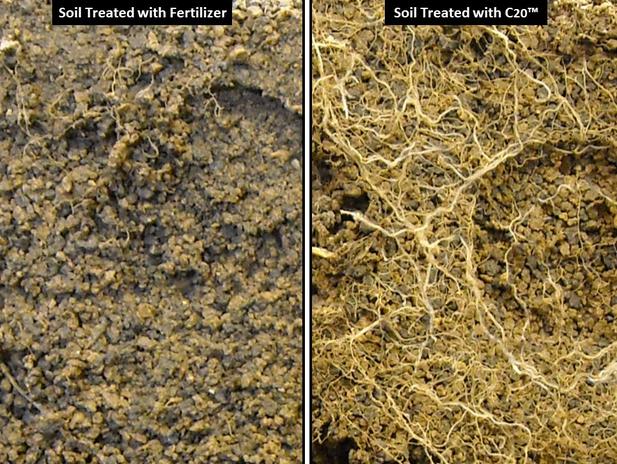 Figure 2.  Weekly measurements of chlorophyll content of primary foliage as measured by a SPAD chlorophyll meter.